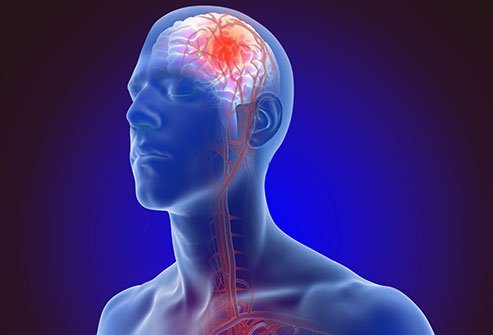 Stroke happens when a blood vessel carrying oxygen and nutrient to the brain gets blocked by a clot or the vessel bursts or ruptures. When this happens, part of the brain does not get the blood (oxygen and nutrient) needed causing the brain cells to die. It is either called Brain Attack or Cerebrovascular accident.

Stroke is a life-threatening medical condition/emergency. Most strokes can be treated aside from a few that lead to disability or death. It can occur at any age, but there is an increase in getting a stroke as one gets older.

The main symptoms of stroke can be any of this:

• The face drops to one side and the person is unable to smile.

• The mouth or eye are likely to drop.

• Inability to see clearly with one or the two eyes.

• Numbness in arm; inability to lift either one arm or both arms, or lifting the arms and keep it there.

• Slurred or garbled speech or inability to talk at all even when awake.

• Inability to understand what people are saying to them.

• Dizziness or loss of coordination.

Causes of Stroke or Risk Factor of Stroke

The general risk factor of stroke is:

• Smoking or being exposed to second-hand smoking

There are 3 main types of stroke

1. Ischemic Stroke: this occurs when an artery in the brain gets blocked or obstructed, thus preventing oxygen-rich blood from being delivered to the brain cells. There are different ways the artery can be blocked, they are

• The artery gets narrow over time due to cholesterol buildup that is called Plaque. When the plaque bursts, a clot is formed at that spot preventing blood from reaching the blood cells, depriving them of oxygen. The plaque’s surface is irregular and tiny bits of the debris can break and travel to the brain blocking blood vessels; depriving brain cells of oxygen-rich blood. It occurs in Thrombotic Stroke.

The blood clots which embolize starts from the heart. The major cause of this is Heart Arrhythmia also called Atrial Fibrillation, here the upper chambers of the heart, the atria do not beat in organized rhythm. The blood still flows to the heart lower chambers pumping it to the body, some of the blood that are along the inner walls form small blood clots. When these clots break, they embolize or travel to the brain blocking blood flow to that part of the brain causing stroke.

2. Hemorrhagic stroke: if a blood vessel leaks, it spills blood to the tissue making the brain cell stopped working. This bleeding or haemorrhage occurs because the blood pressure is high and poorly controlled weakening the wall of the artery over time. Blood can also leak from an Arteriovenous Malformation (AVM), Aneurysm, an artery wall ballooning, congenital weakness, a congenital abnormality where there is an incorrect connection between an artery and vein. This bleeding can form a hematoma directly damaging brain cells and also causing swelling that puts increased pressure on the surrounding tissue. There are two types of Hemorrhagic stroke:

• Subarachnoid Hemorrhagic stroke: it is not that common. It causes bleeding in the area between the brain and the tissue covering it.

• Intracerebral Hemorrhagic stroke: this is the common type. It occurs when the tissue surrounding the brain gets filled with blood after an artery burst.

3. Transient Ischemic Attack (TIA): ever felt like a part of your body just suddenly feel numb, like double vision, dizziness, loss of balance? If yes, you just experienced a Transient Ischemic Attack. It is also called a Ministroke. This occurs when the blood flow to the brain gets temporarily blocked. The area of the body that is controlled by the portion of the brain affected does not function for that period in time. Most TIA often lasts for a few minutes. Nevertheless, it shouldn’t be taken with levity.

Have a stroke affected patient? Or are you experiencing a stroke symptoms? 09090634121
This entry was posted in Blog, Health, Tips and tagged diabetes, high blood pressure, overweight, stroke
Diabetes: Types, Symptoms, Risks, Cure

Everything You Need To Know About Cyst